Why light is so important for seniors’ health

BY SAMMY CAIOLA
scaiola@sacbee.com
My feed
Marie Coolidge’s apartment at the Eskaton Monroe Lodge was bathed in soft light on a recent afternoon, her newly installed light bulbs glowing beneath white fabric lamp shades around the living room where she spends most of her time.
The high-tech bulb system, installed last fall at the Land Park senior living community, is designed to provide extra light to residents whose eyesight may be fading as they age. The bulbs change color throughout the day to provide different types of light matching the body’scircadian rhythms, which determine when people should wake, work and rest. The new installation has improved seniors’ moods, helped them sleep and stopped many of them from falling when they wake in the night, according to a study on the project released this spring.
Coolidge, 96, said the arrangement of standing lamps, table lamps and under-bed LED light strips has made it easier for her to read, do puzzles and complete other tasks in her apartment during the day. The motion-sensor lights automatically fade from a cool bluish white to a warm amber when the sun starts to set.
“It’s been a big improvement from the lights I had before, those were rather dim,” she said.
The lighting project is a joint effort of the Sacramento Municipal Utility District, the Eskaton lodge and Stack Lighting, a Cupertino-based bulb company. Eskaton Monroe Lodge was the first senior living community to pilot the new bulbs, which will also be installed at Eskaton Village Roseville later this year.
Seniors, especially those who live in residential facilities, often experience an unhealthy shift in their sleep patterns when they start spending all day in the same type of indoor light, said Mariana Figueiro, light and health program director at the Lighting Research Center at the Troy, N.Y.-based Rensselaer Polytechnic Institute.
At the same time, seniors can physically take in about a third less light when they’re 60 than when they were 20 due to age-related changes in their retinas, she said.
“They don’t go out as much, they don’t get light outside, light inside facilities tends to be lower,” Figueiro said. “They end up having low-level light exposure throughout the day, which disrupts the circadian systems.”
The type of light taken in determines whether the body releases serotonin, an energizing hormone, or melatonin, a sleep-inducing hormone. Sunrises and sunsets tell the brain when to release certain hormones to keep circadian rhythms aligned.
“You have a circadian clock in the brain that resets every 24 hours,” Figueiro said. “This biological clock has a direct link with the retina, which has a direct link with the environment. Once you synchronize circadian rhythms, you’re trained to fall asleep at the right time. If you lose that robust light-dark pattern you start to see sleep problems.”
Neil Joseph, CEO of Stack Lighting, said the company wanted to pilot the smart light bulbs at senior centers first because those residents have distinct lighting needs. Eventually, the company plans to sell the system commercially.
The Stack bulbs, which fit into standard lamp shades and ceiling fixtures, can be programmed to change their light to what’s suitable for day versus night. They are also designed to save energy by turning on and off when people enter and exit rooms. LED light strips under the bed can serve as night lights during sleep.
In the recent SMUD-sponsored study of the Eskaton Monroe Lodge pilot system, the 15 residents using the new lights said they saw a 72 percent improvement in daytime activity levels and a 22 percent reduction in the amount of time it took to fall asleep. Although 14 of the 15 residents reported getting out of bed at least once per night, there were no reported falls during the time of the study.
“The great part is they don’t need to remember anything,” Joseph said. “They ended up calling these ‘magic bulbs’ because they never had to touch a switch. When they walked in, it would turn on. When they walked out, it would turn off. They loved the night light aspect, where if they got up in the middle of the night it was a small, yellow light to guide their path.”
Hazel Lew, an 86-year-old resident at the lodge, said the lights haven’t yet broken her habit of staying up late – she’s always been more of a night owl than a morning person. But they have helped her protect her eyes from further age-related damage, she said.
“My eyesight is getting so I need more light,” she said. “When the lights are on, I don’t have to work so hard with my eyes. It was a noticeable difference.”

By One Two Lighting|June 17th, 2017|Company News|Comments Off on Why light is so important for seniors’ health

About the Author: One Two Lighting 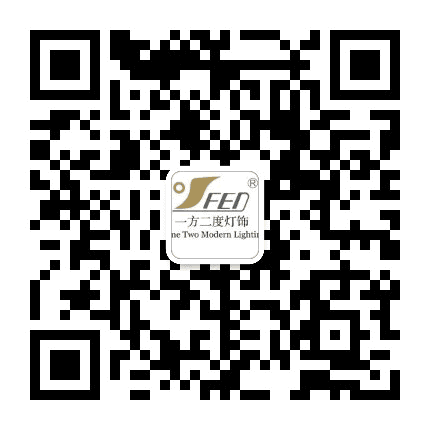